Taking Piano lessons is very fun. I have been playing for four years now and all my lessons were great. Mrs Linda is a real great teacher and is very nice. In lessons you get to learn and practice great songs that you enjoy. Taking lessons is a great experience. John S Student @ The Music Shop

Chris has been playing drums since 1986 and has been teaching since 1996. He studied privately with Tony Leone, Tom Melito, and legendary drummer Joe Morello. Chris is versed in all genres of drumming including rock, jazz, funk, symphonic, and drum corp. His students will focus on drum technique and building the important skill of timekeeping. Chris has been recording professionally since the age of 15. He currently plays in the following bands: The Dave Wanik Quartet, Magnetar, GNO, Riders on the Storm, and Hammerhead Lincoln. Chris has been with The Music Shop since 2000.​ 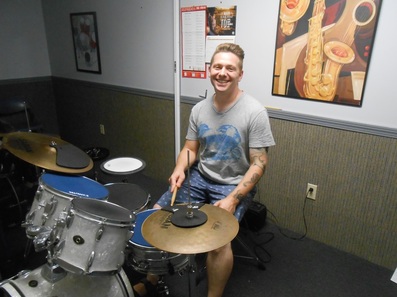 Linda teaches on Thursday and Saturday

Linda studied music pedagogy at the Hartford Conservatory and holds a Master’s Degree in Psychology from Central Connecticut State University. She is currently studying in the Clinical Musician Certification Program (Harp for Healing) to become a clinical musician and is a member of the Connecticut State Music Teachers Association (CSMTA), Music Teachers National Association (MTNA), and Hartford Musical Club. Linda participates in a music therapy program at Midstate Hospital and works with Alzheimer patients in a weekly music program at a nursing home. She has studied classical and jazz piano styles, but can teach popular, ragtime, and Broadway styles of piano. She’s also performed with numerous vocalists and instrumentalists. Linda has been teaching at The Music Shop since 2001.​ 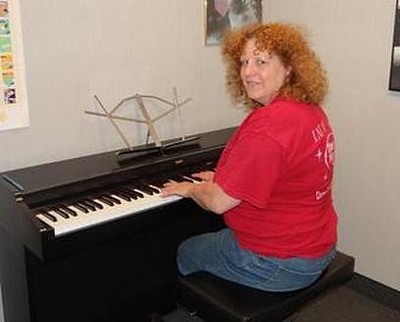 Chris has a Bachelor’s Degree in Music from the University of Hartford’s Hartt School of Music as well as a master’s degree from the University of Memphis / Rudi E. Scheidt School of Music. He’s been performing since 1997, teaching and directing since 2003, and recording since 2006. He’s also performed in various shows throughout New Orleans, Memphis, and Jackson, TN. Chris has been teaching at The Music Shop since 2013.​ 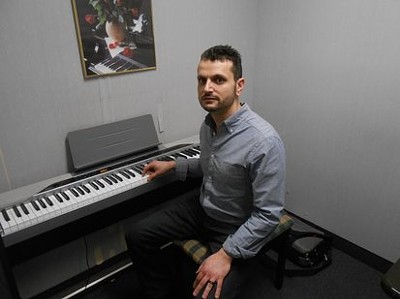 Lon has been playing guitar for more than two decades. He studied music and classical guitar at the University of Hartford’s Hartt School of Music. In addition to years of classical guitar performances, gigs playing a variety of music genres, and performing with various musicians, Lon has worked and recorded in the studio with world-renowned music producer Randy Boyer. His guitar playing has been featured on several dance songs, the most recent of which is a track by Solarstone, featuring Julie Scott entitled “Slave” (Randy Boyer / Kristina Sky mix). Lon works as a DJ/producer and has opened for musical groups like 4 Strings and Cascada. He’s DJ’ed parties for MTV shows Viva La Bam and The Real World, hosted a radio show on Connecticut’s KISS 95.7, and ventured to Europe to play venues in Portugal in 2005. Lon can teach a multitude of guitar styles and has been with The Music Shop since 2000.​ 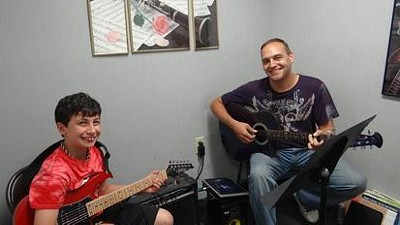 Dan Fontana is a working musician, educator, and advocate of teaching musical skills and ideas that encourage a life-long appreciation of music and music making. He takes care to teach the skills and philosophies of a wide and encompassing range of musics while also considering the specific needs and learning styles of each individual student. Being equally skilled and proficient in classical and jazz piano, he also teaches and performs a wide variety of popular music, including: rock (and all its sub genres), hip hop, R&B, and electronic music, from beginner levels through to highly advanced students. Graduating from Berklee College of Music in 2010 with a bachelors degree in contemporary composition and production, Dan Fontana is currently pursuing post-graduate studies at Boston University for a masters in music education (online) to be awarded by May 2017. He has been providing piano lessons, levels from beginner through to highly advanced, for 11 years with an additional 4 years of experience teaching music in the classroom. He actively encourages creativity and musicality, emphasizing creative composition and improvisation as an essential process to learning music, even for beginners! Dan Fontana's philosophy is, "music is fun and exciting!" His lessons directly reflect this motto.​ 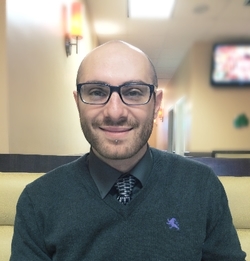 Brian studied at the Hartt School of Music and graduated at the top of his class with honors from The Hartford Conservatory. In addition to The Music Shop, Brian teaches at Choate Rosemary Hall in Wallingford, Sacred Heart University in Fairfield, Backbeat City performing arts center in Glastonbury, and privately from his home. He’s currently the guitarist and assistant director for the Children’s Choir at St. Augustine Church in South Glastonbury. He previously taught at The Hartford Conservatory, Riccardo’s Music in East Hartford, and The Guitar Star Studio in Glastonbury, which Brian co-owned. With more than 25 years experience playing in bands, Brian currently performs with country artist Frankie Justin Lamprey and has released three albums with his contemporary Christian band eXaudio (exaudiomusic.com). As a past member of the John Jeski Band for 13 years, he was given the opportunity to be a voting member of the Grammy Awards. Brian has performed at the Oakdale Theater, the Rock Cats stadium, has been interviewed a number of times for radio and television, and has provided liturgical music to Sicily and Rome. Brian has been with The Music Shop since 1998.​ 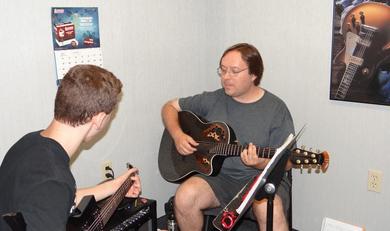 Corey has been playing violin since 2003 and teaching since 2013. She is classically trained and has studied with the Hartford Symphony’s Jaroslaw Lis, who received a master’s degree from the Yale School of Music. Corey has extensive experience playing in ensembles, namely the quartet setting. She graduated from the University of Connecticut in 2017. Corey aims to make her lessons as fun as possible while still focusing on the core technical aspects of violin playing. She has advanced piano skills and sometimes accompanies her students in lessons. She loves to find or arrange music that her students enjoy playing. 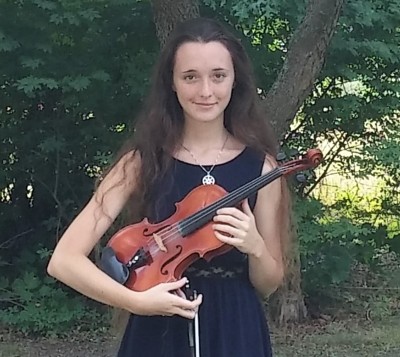 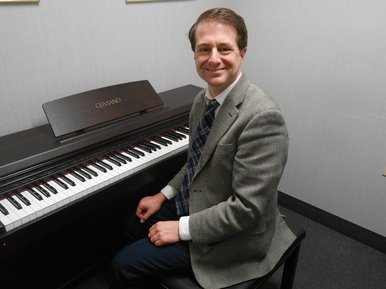 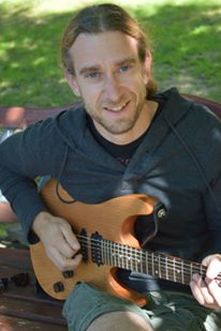 Chris was born in England where he earned his Bachelor’s Degree in Composition and Violin at Dartington College of Arts followed by post-graduate studies in jazz at London’s Guildhall School of Music. He’s been playing violin since 1977 and teaching since 1989. Chris was active in London’s music scene as a session musician and performer in bands and ensembles of virtually every style. In 2003, Chris moved to the United States and began teaching here at The Music Shop. He performs classical and jazz music at private functions and performs original music with his electric violin. Chris is also an active composer whose music has been used for television and film. Chris is interested in alternative music styles for the violin and finding new contexts for his instrument. You can listen to some of his music on his website: www.christopherpayne.com​ 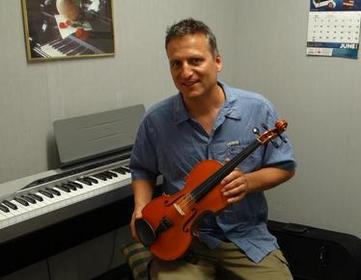 Lori graduated with a Bachelor’s Degree in Music from Marywood University, with a concentration in music therapy. She’s been playing piano since 1985 and teaching since 1997. Lori works full time at a private school in Fairfield County with children and adolescents diagnosed with Autism. She combines her teaching expertise with components of her music therapy background to create a structured, enriching lesson program for students of all ages and abilities. Lori has worked here at The Music Shop since 2003. 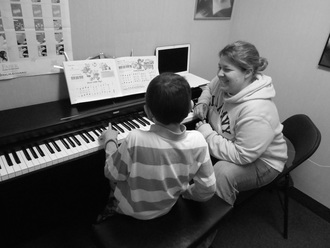 Andrey Stolyarov is a Russian-born American composer, conductor, singer, and educator. An award-winning composer, Andrey is currently pursuing doctoral studies in music composition at The Hartt School in West Hartford, CT. He is an active professional singer in the Greater Hartford and New Haven areas, currently performing with CONCORA and the Hartford Chorale, and is a private voice instructor and Connecticut Music Educators Association (CMEA) judge. He is Co-director of The Hartford New Music Festival, Director of Music at West Avon Congregational Church in Avon, CT, Artistic Director of NoteNova Publishing, and is a graduate music theory teaching fellow at The Hartt School. Previously, he was the director of the Composer’s Ensemble Chorus at The Hartt School, and Composer-in-Residence at The Unitarian Society of Hartford. To listen to his music, look for Andrey on Youtube and Soundcloud. Andrey is published under Darushkii Publishing and NoteNova Publishing.​ 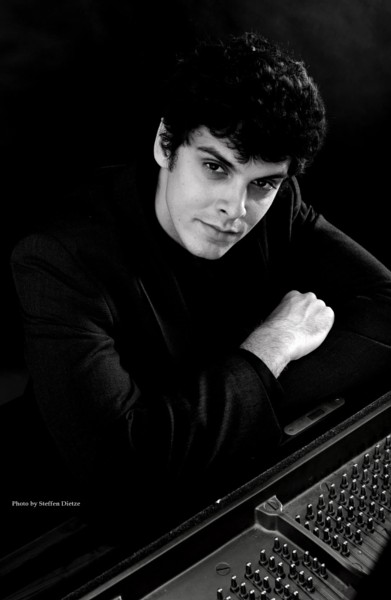 Joe Hahn received his Bachelor’s Degree in Music Education and Trumpet Performance from the Hartt School of Music in 2014. During his time at Hartt, Joe experienced playing Principal trumpet in the Symphony Orchestra, Wind Ensemble, and Symphony Band. Joe also performed with the full brass ensemble, brass quartets and quintets, and the jazz band. Since graduating from the Hartt School Joe has continued to hone his craft as an educator and performer. Joe is currently the Instrumental Music teacher at Watertown High School where he directs the concert bands, jazz band, string orchestra, and pit orchestra. Joe began working towards his Master’s Degree in Music Education at Central Connecticut State University in the summer of 2017. Always looking for opportunities to perform Joe has been a member of many community ensembles. Joe has been involved with the West Hartford Symphony, Manchester Symphony, Dick Santi Orchestra, Simply Swing, the Center Stage Jazz Band, and the Plainville Wind Ensemble. Joe is also an active freelance performer in Connecticut, regularly performing in musicals and during church services. Joe’s biggest belief about teaching and learning is that everyone can accomplish great things through hard work and practice! 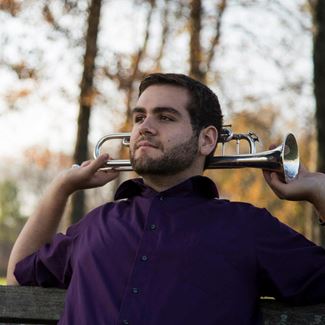 Dylan Lomangino is graduate of the University of Connecticut where he received his Bachelor of Arts in Music in 2014 followed by a Masters of Science in Music Education from the University of Bridgeport in 2016.  He currently holds the position of Music Director and Conductor of the Northeast Connecitiuct Community Orchestera based in Ashford, CT.  He teaches strings in Hartford and Windsor schools as well as at Charter Oak Cultural Center where he directs the Hartford All-City Youth Orchestra.  Dylan lives in Manchester but is a native of Farmington where he still teaches during the summer at the Suzuki String Academy.  In addition to teaching, Dylan plays viola in the CT Valley Symphony Orchestra and the Beth El Symphony Orchestra. 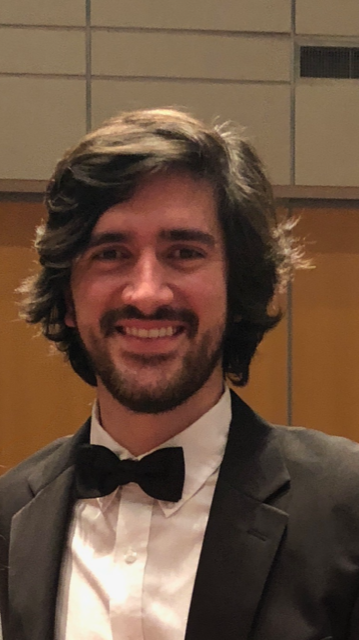